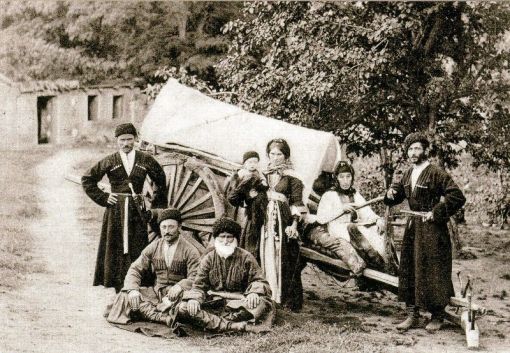 Kusadası used to be the home of the different congragetions  until the exchange agreement called Lausanne peace treaty in 1924  and not only Turkish community lived but also Greek, Armenian and Jewish communities used to live in different district in. Although it had been a Turkish settlement since 1413, the majority of the population were the non-muslims due to Kusadasi port became the export and import center during the 18th and 19th centuries. The balance of population began to change in favor of the Turks after the Greek revolt happened in 1821 AD and Kusadasi had a lot of Turkish immigrant whom they had to leave their town in Greece first. The first convoy of immigration in 1830 was placed in Kusadasi by the Ottoman authorities and The second convoy of immigration was settled down the villages around Kusadasi called Davutlar and Guzelcamlı today after Ottoman-Russian war in 1895 AD. The majority of  immigrants from Caucasian countries were Circassian tribes so the villages founded in Davutlar area has been called as Circassian Davutlar for along time. 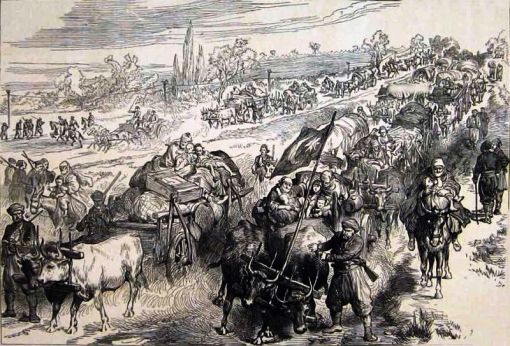 The wave of immigration continued nonstop after 1895 due to the conflict of Cretan island and the Greek  looters and pirates began ruining the Turkish villagers houses and plantations with animals in a wild way and thousands of houses in the countryside of the island have been burned out, destroyed and damaged. Turkish Cretan Turks who lost their houses and animals in Crete began escaping to Heraklion, Chania and  Rethymno cities to be safer than villages first then to Thessaloniki, Izmir, Istanbul and  other Anatolian cities as soon as they could find cruise ships by sea way . This tragic situation went on till 1912 and Crete was left to Greece by the Ottomans and majority of its Turkish inhabitants became immigrants sent by ships to Turkey so Cretan Turks began settling down as immigrants in Aydın province starting  from 1897 to 1912. Some villages were established by the order of Sultan Abdulhamit II  around Kusadasi, about two hundred houses were planned to be built for Cretan Turkish immigrants and majority of them were located in completed houses one by one and land pieces as to grow agricultural products to survive their own living. As soon as the houses were built, the Cretan immigrants were placed them and the district was named Osmaniye as to show their satisfaction to the sultan of the Ottomans.  The Ottoman empire was fallen down in 1918 after the first world war and majority of Turkey was invaded by the aliens but Turks reacted and did not accept this result so  they were united under the leader of Mustafa Kemal Ataturk to defeat the Greek, British, French and Italian troops. The war of independence was ended up in 1922 with a great victory so Lausanne treaty was made between new Turkish republic and Aliens in Switzerland in 1924. Atatürk and Venizelos were agreed to sign an immigrant exchanging agreement  as one of the main principles of Lausanne Treaty. About half a year later The Greek and Turkish immigrants in both countries were replaced. The Greek origins living in Turkey were sent to Greece and the Turkish origins living in Greece were sent to Turkey. The houses and villages around Kusadasi where the Greek Rums left were placed by Turkish immigrants in 1925. Davutlar, Söke, Kusadasi, Güzelçamlı and Soğucak  became the places of settlements for immigrants.  As far as we know about 8000 Greek Rums were sent to Greece from Turkey and 12.000 Turkish immigrants came to be settled down in Kusadasi and its environment. The young Turkish republic provided the good and safe life conditions of new coming people to Kusadasi and with the local inhabitants they tried to develop the new state together.

Kusadasi was chosen as the first Turkish tourism attraction center in 1965 and it began enlarged in size and growing faster in population in a short time. A lot of hotels and holiday villages with the new stores and sites have been built in between 1970 and 2000 and Kusadasi has become the well-known holiday resort and seaside town in thirty years  so migration from different parts of Turkey to Kusadasi again.  New job opportunities have been created, shopping centers have been opened and ship piers and yatch marina has been built in this period so the population has been  raised  and it reached around 70.000 inhabitants in 2001. Now  the migration to Kusadasi is still going on from all over Turkey to work in tourism sector and now the population of Kuşadası is over 105.000 inhabitants.